Here is the list of possible categories. Each organizator has a right to choose just some of them or all of them and must announce this information to his pole battle page. The category is officially open only if there are at least 6 applications as a minimum.

Compulsory moves need to be performed in the 1st round of the competition.

If a competitor cannot manage all the compulsory moves 100 % (for example splits, etc.), this does not mean that she/he cannot take part in the competition. Either she/he tries the move and receives less points for it or she/he does not perform it and gets a deduction from the judges.

In the Amateurs category the following tricks are PENALISED IN BOTH ROUNDS: 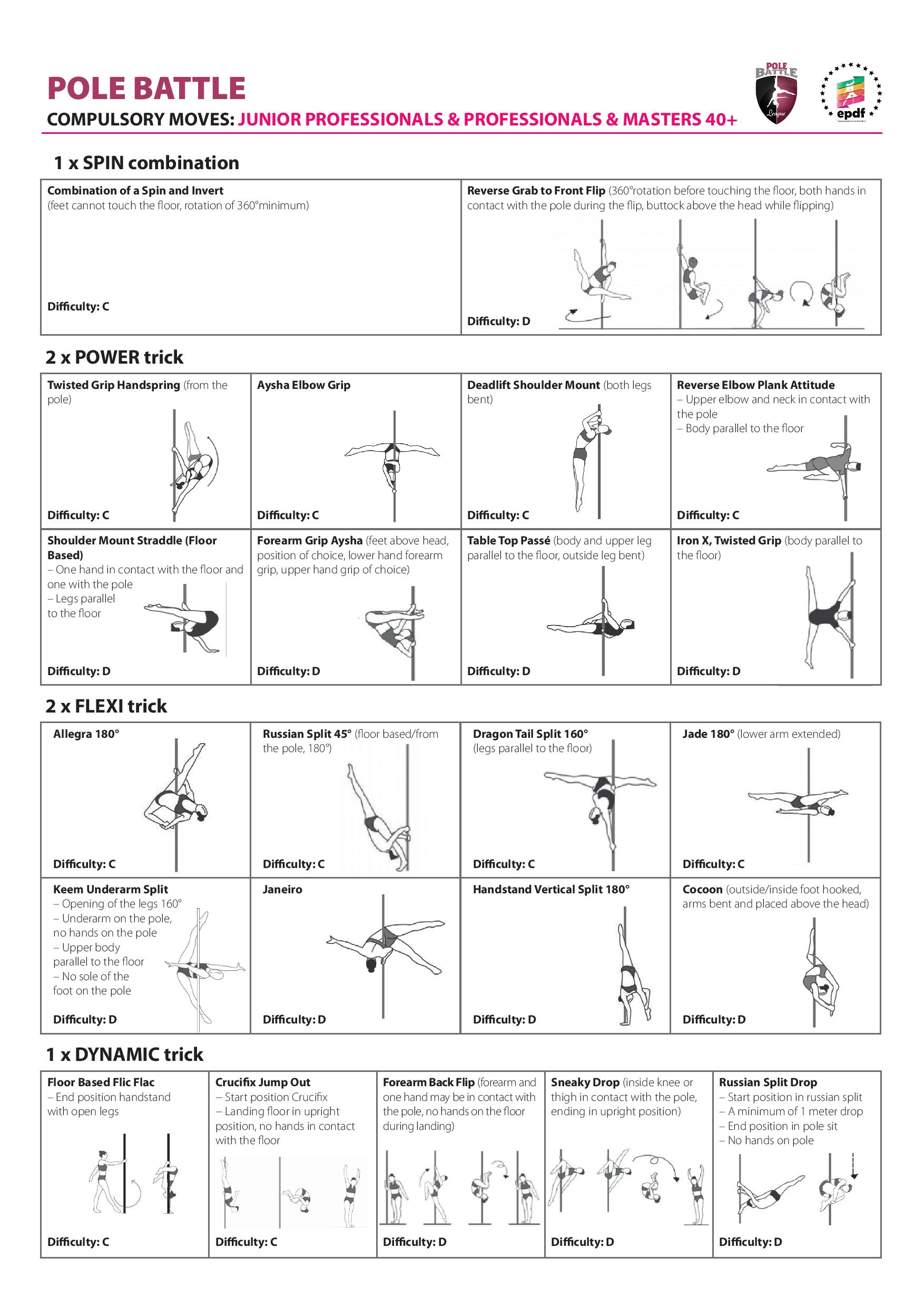 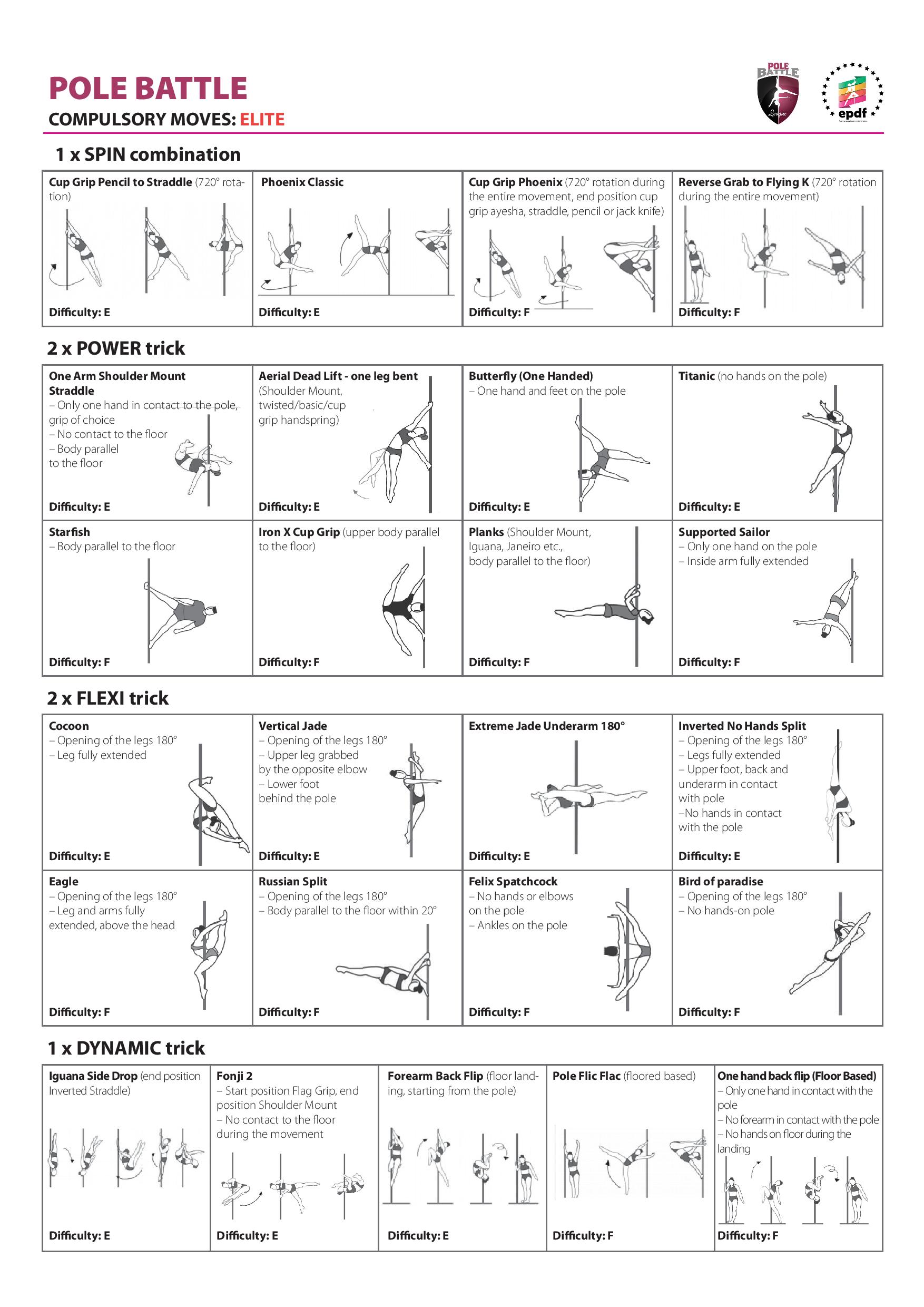 To reach as higher score as possible the executed routine must be balanced. Example - If the competitor shows just his/her flexibility he/she gets extra points in Bonuses just for this section. When he/she gets the maximum possible points in this section she cannot get more so there is not reason to base the whole routine on this one skill.

The jury is divided into 4 sections. Here is an evaluation by judging panel:

SPECIAL AWARD FOR THE BEST BATTLE

The competition organizers reserve the right to amend the rules at any time without prior warning.

The organizers are not liable for any injury that competitors incur while taking part in the competition.